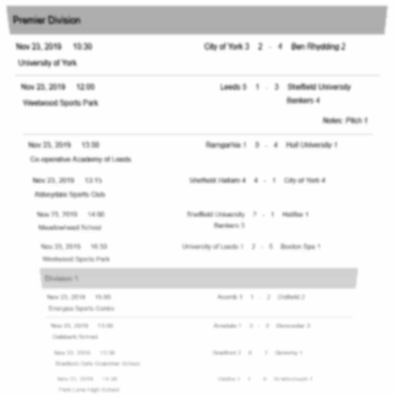 The Women’s League have approved the amalgamation of Chapeltown 3 and Rotherham 2 for the remainder of season 19-20. This amounts to 9 matches.

Both of these teams were supported teams, relying on players from the team above to support and develop the play of others in the teams. When they asked for supported team status, both teams believed they could honour the rules for supported team status. However both teams have discovered that is not sustainable, not least since Rotherham lost many of their players after the divisions had been decided. In addition, all Division 5s have 10 teams which mean they have 4 blank dates with no fixtures. If both Chapeltown 3 and Rotherham 2 withdrew from the league, then that would mean even fewer matches, which is why the decision was made.

For Chapeltown 3 to retain their supported status they have to abide by the following rules:

At the end of the season, if either or both teams wish to re-join the league with supported team status for 2020-21, the Committee would have to be satisfied that the same scenario would not be repeated, for the sake of other clubs/teams within the league. The combined team will appear on YHA Website fixtures and league table as Chapeltown/Rotherham 3.